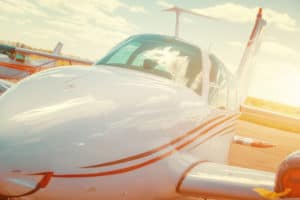 The plane was found in Amberhill, a community just north of Lake Elsinore and west of Interstate 5. Two people were discovered inside, both with minor injuries. Paramedics inspected the victims, but they declined to be transported to a hospital.

A news release from Cal Fire/Riverside County Fire Department spokeswoman, Jody Hagemann, stated that a power pole was damaged and was reported to be repaired by Southern California Edison.

The crash prompted a power outage in surrounding areas. Reports show that 175 people initially lost power, with only 37 people without power in the area around 3 PM. Power was restored around 12:15 AM the following day.

People were advised to avoid the downed power line on Bosley Lane between Colt Drive and Crilly until a few hours after the incident.

No other injuries or damages were reported.

Staying safe in the road, and in the sky, are extremely important to the safety and health of our communities. Always remain safe and alert, no matter what type of vehicle you are controlling.

Personal injuries can arise from the misconduct or any negligent act of another person. If you have been negatively affected by the careless acts of someone else, contact the personal injury lawyers at Sweet Law Group. By calling our offices, we will set up a free initial visit at one of our many locations. Call now at (800) 203-3061.