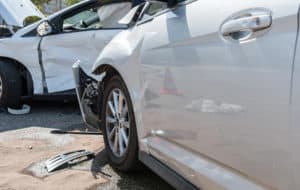 RIVERSIDE, CA – One Injured in 3-Vehicle Crash on 91 Freeway at La Sierra Avenue

Collision Between 3 Cars on 91 Freeway in Riverside Injures One

RIVERSIDE, CA (December 1, 2018) – One person was injured following a three-vehicle collision Saturday night in Riverside, according to the California Highway Patrol.

The collision happened just after 6:00 p.m. on the westbound direction of 91 Freeway at La Sierra Avenue.

CHP officials said a brown Toyota Corolla, a blue Honda, and a black sedan were involved, blocking the HOV lane of the freeway. One occupant sustained injuries from the crash and an ambulance unit was called to give aid.

The severity of injuries sustained was not immediately known but the patient was taken to a hospital for further evaluation.

The black sedan was blacked out in the HOV lane and unmovable. Towing services were dispatched to the scene to remove the vehicle from the wreckage.

Police are still investigating the cause of the crash and more information will be provided when accessible.

Safety should be drivers’ primary concern whenever they are behind the wheel. Strictly adhere to traffic laws including speed limits. Use your mirrors and signals before changing lanes. Follow other vehicles at a proper distance and be ready to brake at a moment’s notice.

At The Sweet Law Group, we understand that the stress that comes with an injury after an accident can be overwhelming and can disrupt all aspects of your life. Our legal team has been providing excellent legal counsel to accident victims. If you were injured in an accident, our personal injury lawyers will fight hard to make sure you get the quickest and highest possible settlement you are entitled. Give us a call today for a free consultation at (800) 203-3061.