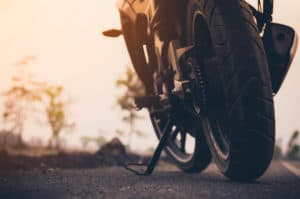 SANTA CLARA, CA (June 16, 2018) – A 33-year-old man was killed in a motorcycle crash on Lawrence Expressway Saturday afternoon. His identity was not immediately released to the public.

The fatal crash occurred at around 4:15 PM in the northbound lanes of the Lawrence Expressway, just north of Stevens Creek Boulevard. According to the Santa Clara Police Department, the male motorcyclist was changing lanes when he suddenly lost control and hit a curb. He then crashed into a guardrail, before colliding into a tree near the roadway.

Police stated that two lanes of northbound Lawrence Expressway, between Stevens Creek Boulevard and Pruneridge Avenue, were closed off until about 10:00 PM while officers investigated the crash. Motorists were encouraged to avoid the area.

Deepest sympathies to the family and friends of the man killed in this tragic accident. We wish them strength and support during this very difficult time. May he rest in peace.

If your loved one was killed in an accident on the road, contact the experienced wrongful death attorneys at Sweet Law Group. Our firm has over 40 years of experience in the legal field, and we know what it takes to win your case and achieve the justice and compensation that you and your family deserve. Call (800) 203-3061 and arrange a free initial consultation at a location nearest you. We are available to clients 24 hours a day/ 7 days a week by email, text message, phone, and online chat.