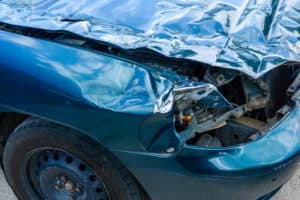 PITTSBURG, CA (July 23, 2020) – On Tuesday morning, 32-year-old Ricky Manley died, and three others are in critical condition after a two-vehicle rollover crash on Railroad Avenue.

The incident happened at 9:20 a.m. on Railroad Avenue and Buchanan Road. After the crash, a vehicle rolled over in a yard and led to the closure of the intersection.

The preliminary investigation revealed that the car with two occupants traveled north on Railroad Avenue. However, it crashed with an eastbound vehicle on Buchanan Road.

Upon the authorities’ arrival, they found out that both the driver and a passenger sustained life-threatening injuries. Battalion Chief Bob Atlas added that these three people were hospitalized in critical condition.

However, one of the drivers, Mr. Manley, succumbed to his injuries at the hospital. Meanwhile, the passenger remained in critical condition. The other person suffered minor injuries.

At this time, the Pittsburg Police didn’t disclose the time when the roadway would reopen.

We at Sweet Lawyers send out our heartfelt sympathies to the friends and family of Ricky Manley during this difficult time.

However, one must be wary of the fact that insurance companies only protect their own interests. Thus, hiring a wrongful death attorney can help assure you that someone will protect the interests of your family as well.

Reach out to the experienced lawyers at Sweet Lawyers when involved in a serious traffic accident. Also, we have over 40 years of experience in the legal field, and we know what it takes to win your wrongful death, auto accident, personal injury, and disability case. We promise to fight, day and night, to achieve the justice and compensation that you and your family deserve. Call our offices at (800) 674 7852 for a free consultation with a professional in your area.