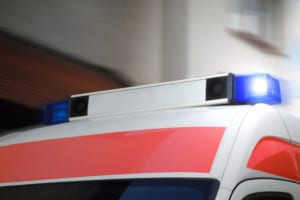 FAIRFIELD, CA (January 14, 2019) – A man suffered fatal injuries after he was struck by a car in Fairfield on Thursday, January 10.

Police identified the deceased as 39-year-old Ricky Acosta, of Arizona.

According to the police, they received several calls at around 6:39 a.m. that a man was lying in the street on East Travis Boulevard, near Chamberlain Drive. When officers arrived at the scene, they determined he’d been struck by a vehicle.

Acosta was discovered lying partially on the sidewalk and the roadway. He was pronounced dead at 6:50 a.m., the Solano County coroner’s office said.

Fairfield Major Accident Investigations Team handled the incident as a hit-and-run crash and it is unknown what vehicle struck the victim and who was driving, Fairfield police Officer Ryann Fuentes said.

East Travis was shut down between North Texas Street and Kidder Avenue until 12:05 p.m. as Fairfield MAIT conducted an investigation.

Police said that they need the public’s help in finding the driver who struck the victim.

Sweet Law offers our heartfelt condolences and sincerest sympathies to the family and friends of Ricky Acosta. Our thoughts and prayers are with them during this difficult moment.

Trust the experienced wrongful death lawyers at Sweet Law group when dealing with a hit-and-run incident. We understand what you and your family are going through and are here to help. With over 40 years of experience in the legal field, our team knows what it takes to win your case. We have dealt with a variety of cases including personal injury, wrongful death, disability, and car accidents. Call us at (800) 203-3061 to arrange your free consultation with an experienced legal professional in your area. For your convenience, we are also available through email, text message, and online chat.