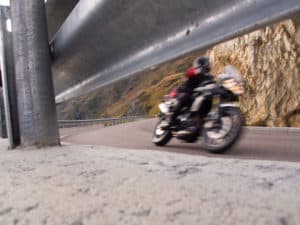 The fatal crash happened at about 5:08 p.m. at the intersection with Market Street.

Wiltz was riding a Kawasaki EX250 motorcycle westbound on 24th Street when it crashed with a purple BMW 650i that was traveling southbound on Market Street.

Wiltz was immediately ejected from his motorcycle onto the roadway.

Immediately, the rescuers took him to a hospital where he later died.

Meanwhile, the BMW driver fled the scene on foot and left the vehicle behind.

Authorities did not say if the BMW driver was a man or woman.

Also, they said it is not known if alcohol was a factor in the Oakland accident.

Police and Crime Stoppers of Oakland are offering up to $10,000 in reward money for information leading to the arrest of the involved BMW driver.

We at Sweet Lawyers express our condolences to the bereaved of Richard Wiltz. Our thoughts are with you during this painful time.

How the Bereaved of Richard Wiltz Can Proceed

“Insurance companies will try to save money, even if it means not fully compensating a family for the wrongful death of a loved one. When a family retains an attorney immediately, it gives them time to grieve and heal, while their lawyer works to build a strong case and hold the negligent party accountable,” says Tyler Toomey, a practicing attorney at Sweet Lawyers.

If you’re looking for an expert that can ensure you the justice and compensation that your family deserves, turn to Sweet Lawyers. We constantly secure the futures of our clients when they are at their most vulnerable. We have settled in many cases and have helped our clients get their livelihoods back. While the death of a relative is irreversible, we work hard to alleviate any financial tolls accrued in the aftermath. Call our offices today at (800) 674 7852 for a free consultation. For your convenience, you can also contact us 24/7 by email, online chat, and text message.