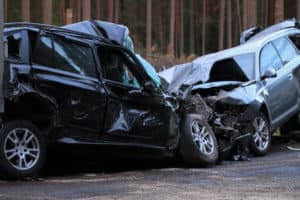 However, the chase was terminated shortly after on Highway 44 near Victor Avenue due to Pulido’s unsafe speed and weather conditions. As he continued westbound at excessive speeds, he lost control and plowed into another car near the 5 Freeway.

The driver of the other vehicle – 54-year-old Raman Patel of Redding – suffered minor to moderate injuries and was hospitalized. Pulido also suffered minor injuries and showed obvious signs of alcohol and marijuana use. When Redding Police Department officials arrived to conduct a field sobriety test, they ascertained that Pulido was driving under the influence of marijuana and alcohol.

He was transported to a nearby hospital for treatment to his injuries and subsequently booked into the Shasta County Jail on charges of felony DUI causing injury and felony evading police.

Driving while under the influence is never a good idea. If you find that you are impaired, do not get behind the wheel and instead, rely on safer means of transportation such as a taxi driver. You can avoid the dangers of car accidents when you play it safe. Drinking and driving is never encouraged. Remember this the next time you decide to drink.

Foraging for a personal injury law firm with more than 44 years of experience? At the Sweet Law Group, we have settled hundreds of millions of dollars in settlements. Our clients are our number one priority and we will bend over backward to ensure their future is protected. If you would like to get your life back on track and to seek legal support from a dedicated and seasoned attorney, call (800) 203-3061. We excel in a multitude of legal areas such as car accidents and disability law. Call us today while there’s still time.