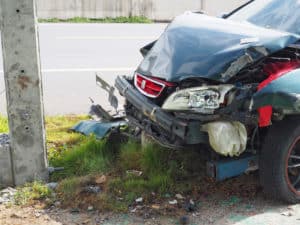 OMAK, WA (November 21, 2018) – On Wednesday night, one person was killed in a crash on the northbound State Route 155. The victim was identified as 62-year-old Richard Howe. His place of residence is unknown at this time.

According to the Washington State Patrol, the collision took place near milepost 60 in Okanogan. Based on reports from troopers, the victim was driving at a high rate of speed prior to the fatal accident.

He reportedly lost control of his 2004 Ford F-350 after passing a vehicle and swerving, causing the truck to fishtail multiple times before leaving the roadway onto the southbound shoulder. He then struck two trees before coming to a rest. Howe was pronounced dead at the scene by the attending paramedics.

Speed was considered a possible contributing factor in the fatal crash, which remains under investigation at this time. Anyone who may have witnessed the incident is asked to call the police. Additional information will be released once it becomes available.

We at Sweet Law Group offer our heartfelt condolences to the family and friends of Richard Howe. May he rest in peace.

If you or someone you love has been involved in a serious accident, contact the attorneys at Sweet Law Group. We have over 40 years of experience in the legal field and we know how to win your case. Our attorneys and professional legal team have dealt with cases including wrongful death, personal injury, and disability. Untiringly, we will fight to help you achieve the justice and compensation that your family deserves. Call now for a free consultation at (800) 203-3061 to speak to an experienced legal professional in your area. We can also be contacted 24 hours a day/ 7 days a week by email, online chat, and text message.