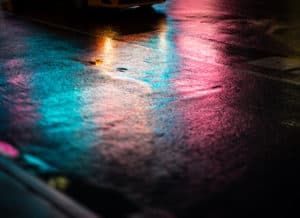 37-year-old Reggie Rusk was speeding in a grey Chevrolet Camaro on the 2300 block of Carmel Drive near Hancock Expressway, when he collided with two parked pickup trucks, a Chevrolet and Ford.

Rusk was traveling at such high speeds, that one of the vehicles flipped over, according to Sgt. Troy Bauer with the Colorado Springs Police Department.

The man got out of his damaged car, and tried to escape on foot before he was arrested with officials. He faces charges of DUI, reckless driving, hit-and-run, and driving with an expired license. No other details or the identity of the drunk driver have been released at this time.

Driving under the influence is not only illegal, it is also extremely dangerous to both you and others on the road. If you find yourself under the influence, find safe transportation to get you where you need to be. There are affordable and convenient modes of transportation that are available at all times of the day including Uber or Lyft, taxi cabs, and even calling a friend or family member.

If you have been injured or have suffered property damage from the irresponsible actions of a driver under the influence, contact the car accident lawyers at Sweet Law Group. We understand your struggle, and will fight for you until we get the compensation and justice that is owed to you. Call now at (800) 203-3061 for a free initial meeting with a legal professional in your area.