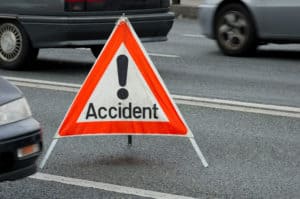 According to the Washington State Patrol, Frank E. Anderson, 80, was driving a 2012 Toyota Sienna eastbound on the highway. For unknown reasons, he allowed the van to veer into the right shoulder, causing him to overcorrect and careen off the road.

Subsequently, the Toyota overturned several times before coming to a rest 40 feet from the road.

As a result of the accident, 80-year-old Ramona J. Anderson – Frank ‘s wife – died at the scene.

Paramedics airlifted Frank to Confluence Health-Central Washington Hospital in Wenatchee for his injuries.

Investigators are looking into several factors that may have caused this deadly crash.

In light of this devastating news, our office would like to send our sympathies to those deeply affected by the loss of Ramona J. Anderson.

To begin filing your wrongful death claim with the attorneys at the Sweet Law Group, call (800) 674 7852. Our firm is backed by more than four decades of practice. We have settled cases involving wrongful death and personal injury. Whether you’re facing financial loss, traumatic injury or the death of a family member due to a reckless driver, we encourage you to take legal action. The Sweet Law Group has settled thousands of cases and helped high-caliber clients. To learn more, give us a dial.