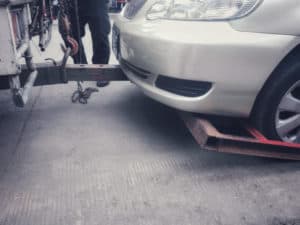 The incident involved two separate back to back collisions. Officers responded to the scene around 1:49 a.m., after receiving multiple dispatch calls.

Police began investigating in the southbound lanes, just south of Third Avenue. Reports indicate that a Dodge Charger rear-ended a white Toyota Yaris in the No. 2 lane.

Then, a female passenger inside the Yaris got out of the vehicle and walked across the lanes in an easterly direction towards the Dodge driver. There, a southbound black Toyota Camry struck the woman and the Dodge. Both cars became disabled, blocking the No. 2 and 3 lanes as a result.

Due to the impact of the collision, the Yaris passenger was pronounced dead on scene around 2:00 a.m. Emergency personnel later described her as a 50-year-old San Francisco woman.

In addition, a Yaris passenger and a Camry passenger, were brought to Stanford Hospital for further treatment. However, their current condition is unknown.

Following the crash, officials closed all southbound lanes for a brief time during the investigation. However, all lanes reopened by 5:30 a.m.

Officers later learned that the Dodge and Toyota Camry drivers displayed signs of impairment. As a result, police arrested them both on DUI charges.

The coroner has yet to identify the fatal victim. At this time, reports did not include information on whether the Toyota Yaris driver suffered any injuries.

We would like to take this moment to express our condolences and deepest thoughts to the friends and family of the victim.

The Sweet Lawyers are focused on helping you acquire the means to cover any memorial or medical costs. Although no amount can make up for the loss you’re experiencing, the option to pursue a case is still available. As a result, we strive to get your life back on track and provide you the opportunity to reacquire what you have lost. A car accident, personal injury or wrongful death can set you back. However, with our assistance, you can obtain a secure future. Call (800) 674 7852 to hear from us.