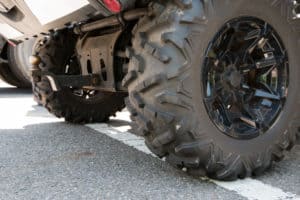 The crash happened around 1:20 a.m. at the intersection of Morongo and Potrero roads.

According to the California Highway Patrol, an all- terrain vehicle was traveling southbound on Potrero Road when the driver attempted to negotiate a turn, but was unable to maintain control. The quad overturned on the Morongo Indian Reservation, ejecting both the driver and passenger.

Paramedics reached the remote location a short time later and pronounced the passenger dead at the scene. He was later identified as a 16-year-old Prince Waters of Cabazon.

The driver was hospitalized in an unknown condition.

Both were not wearing a helmet, CHP officials said.

It was unclear why the teenagers were riding in the middle of the night.

No words can mend the broken hearts and sorrow felt during this delicate moment. Our deepest condolences and sympathies are with the family and friends of Prince Waters.