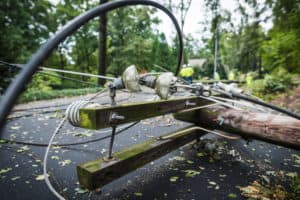 Los Banos, CA (May 9, 2020) – Thursday, around 1,200 residents experienced a power outage after a collision on Pacheco Boulevard and Miller Lane.

Officers reported that the crash occurred around 5:00 p.m., on May 7. Dispatchers arrived on the Pacheco Boulevard and Miller Lane intersection. The involved vehicles were later identified as a Dodge Journey and Hyundai Sonata.

According to reports, the Dodge was heading west on Pacheco when it passed through a red light. Then, it collided with the northbound Sonata on Miller Lane.

The impact of the crash caused the Dodge to strike a nearby telephone pole which caused the power outage in the area. Furthermore, both drivers sustained minor injuries.

Police later ruled out drugs and alcohol as a factor in the collision.

CHP later confirmed a similar incident of a power interruption caused by a collision in Sultana Drive and Rose Avenue.

The collision happened shortly before 6:00 p.m. The impact led to one vehicle becoming engulfed in fire. The report said that a telephone pole was hit yet again and PG&E reported around 116 people were without power.

May this one be a reminder to every motorist to always follow all the road signs and abide by all the traffic laws and traffic lights. By doing so, you can ensure the safety of yourself and others around.

If you or someone you love has recently been involved in a similar accident, you do not have to face the aftermath alone. When you work with us, you will be provided with personalized assistance, aggressive representation, and compassion throughout the entire process. We do more than simply win cases; our purpose is to maximize your recovery and grant you peace of mind, with your future at the forefront. In addition, you won’t pay a dime until we settle your case. Call (800) 674 7852 for a free consultation. In addition, you can also reach us through our online chat and email 24 hours a day, 7 days a week.