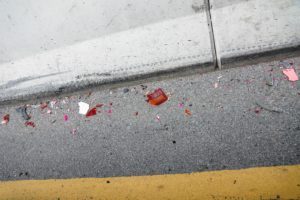 According to the Nevada Highway Patrol, the incident happened on US Route 95 at Rancho Drive.

Furthermore, authorities confirmed that a wrong-way driver was involved in the crash.

Apparently, a Chevy pickup truck drove southbound on U.S. 95 from the Rancho northbound off ramp. Subsequently, it collided with the Robledos’ vehicle.

Also, officials confirmed that impairment played a role in the incident on the Chevy driver’s part. Consequently, this fatal accident is being labeled as a DUI.

The events leading to the wrong-way crash remain under investigation.

a GoFundMe has been set up for the Robledo family following this tragedy.

During this tragic time, we would like to send our sincere sympathies to the bereaved family and friends of the father and son taken too soon.

Dealing with The Loss after a Las Vegas Deadly Accident

While assigning blame is usually one of the last things you would consider doing in a time of a devastating loss, the family of the victims must become aware that they have the authority to file a wrongful death suit. A wrongful death suit can be the first step towards closure.

“Our goal is to safeguard the legal rights of families in the wake of catastrophic accidents. Although nothing can bring back those dearly departed, we strive to secure the future of our clients, protecting them from further losses,” explains Mark Sweet of Sweet Lawyers.

Sweet Lawyers consist of a compassionate legal team that aids families in the most delicate moments. Moreover, our law group is well-versed in the legal justice system and has no problem overcoming challenges. Our firm buckles down when it comes to our clients’ futures and well-being. If you are facing a Nevada wrongful death case, call (800) 674 7852. We encourage you to rest and rehabilitate, while we determine the ideal approach to getting you the restitution you deserve. The financial toll that death has brought on will be covered with us. If you’re interested, call our wrongful death attorneys today.