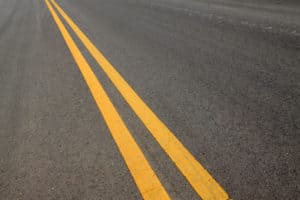 PLUMAS COUNTY, CA (February 5, 2018) – Three people were killed in a DUI crash on Highway 70 in Feather River Canyon, on Monday just after 2 PM.

According to the California Highway Patrol, 61-year-old Thomas Fridrich of Belden, 46-year-old John Lowe and 40-year-old Crystal Smith of Paradise, were killed in the multiple vehicle collision.

Investigators confirmed that 48-year-old Karen Schwamb of Twain was driving under the influence when she attempted to pass another vehicle in a turn and crossed over the double yellow center line. She hit Fridrich’s oncoming pickup truck almost head-on, and then her SUV started rolling over before crashing into a Kawasaki Motorcycle. The motorcycle was driven by Lowe with Smith as a passenger.

Schwamb sustained major injuries and her passenger, 58-year-old James Timberlake, had minor injuries. Schwamb has been arrested and is facing DUI and vehicular manslaughter charges. She will remain in custody with a bail set to 3 million dollars.

We at Sweet Law Group offer our deepest sympathies to the family and friends of Thomas Fridrich, John Lowe, and Crystal Smith. May they rest in peace.

If a loved one has been killed on the road due the negligent or irresponsible driving of another person, contact the wrongful death lawyers at Sweet Law Group. We have over 40 years of experience on the field, and know what it takes to win your case and achieve the justice and compensations that you deserve. Call (800) 203-3061 and arrange a free initial meeting with an experienced legal professional in your area.