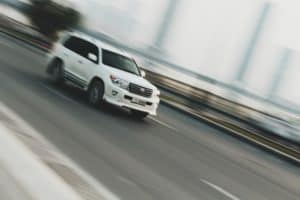 EVERETT, WA (May 3, 2019) – A pedestrian suffered serious injuries after being struck by multiple cars on the 5 Freeway near 112th Street Southeast Thursday morning.

According to Everett Police, the incident took place around 4:45 a.m.

Reports say in the southbound lanes near 112th Street Southeast, a 44-year-old man crossing from east to west was hit by a pickup truck.

However, reports did not clearly specify how many vehicles struck the man, whom paramedics brought to a hospital shortly after.

Neither driver sustained any injuries, and it is unclear at this point why the pedestrian was on the freeway at the time.

If you’re attempting to cross the street, always ensure the roads are clear before doing so. Pedestrian accidents happen when we’re reckless and distracted. Drivers and pedestrians are encouraged to pay close attention to their surroundings.

For 44 years, the Sweet Law Group has helped families recover. If you’re hoping to obtain justice and full compensation, call (800) 674 7852 to hear from us. Our firm has tackled a myriad of cases involving car accidents, personal injury, wrongful death and more. It’s not too late to seek prosecution. If you’re hoping to coordinate with a seasoned lawyer, call us today.