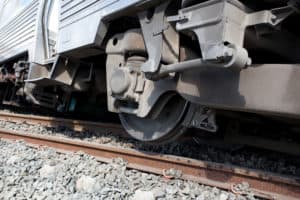 According to reports, the Union Pacific train crash occurred just before 1:15 p.m. north of the group campgrounds. The authorities added that the state beach is located near the juncture of Highway 101 and Pacific Coast Highway.

The Union Pacific spokeswoman revealed that the pedestrian was an adult who was on the railroad tracks. Meanwhile, they added that the occupants of the train were uninjured. Unfortunately, the pedestrian succumbed to injuries at the scene.

Furthermore, the Ventura County Sheriff’s officials also came to the scene. According to initial reports, the pedestrian was a woman. However, the authorities have to confirm it to county medical examiners. Also, the crash appeared to be accidental.

Meanwhile, a report said that the pedestrian was “taking pictures of the beach with headphones on and apparently didn’t hear the train coming.”

Sweet Lawyers express its sincere sympathies to the bereaved family of the victim of the crash near Highway 101. May you find strength during this difficult time.

As a modern law firm with over 40 years of practice, Sweet Lawyers know precisely how to navigate the legal system. We’ve assisted many families in their legal battle. Moreover, if you believe you might have a train accident case and would like to pursue it with an aggressive, yet compassionate legal professional on your side, call (800) 674 7852. Together, we’ll ensure that your case proves the other party’s negligence, thus, granting you a maximum settlement.