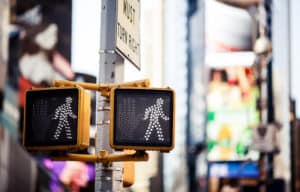 According to the Las Vegas Metropolitan Police Department, the incident happened near Horse Drive, shortly before 5:00 AM. The victim was crossing inside a marked crosswalk when a 2009 Ford F150 struck him.

Emergency responders pronounced the pedestrian dead at the scene. Meanwhile, the Ford driver, identified as 26-year-old Brian Alton, did not stop to render aid. Officers later found him in a nearby neighborhood and arrested the hit-and-run driver. He was being held without bail at the Clark County Detention Center.

An investigation is ongoing to determine the cause of the fatal collision. Additional information will be released once it becomes available.

We at Sweet Law Group offer our heartfelt condolences to the family and friends of the deceased victim. Our thoughts and prayers are with them during this extremely trying time. May he rest in peace.

If you have suddenly lost a loved one in a pedestrian accident caused by a hit-and-run driver, reach out to the wrongful death lawyers at Sweet Law Group. With over 40 years of experience in the legal field, we know what it takes to win your case. Call our offices today at (800) 674-7852 to set up a free consultation with a legal professional in your area. For your convenience, you can also reach us through email, text message, and online chat 24 hours a day/7 days a week.