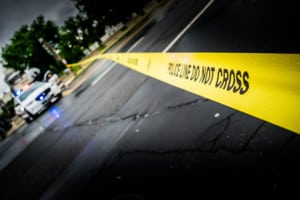 The incident happened just after 4:00 a.m. near Rainbow Boulevard and Rancho Drive intersection.

Meanwhile, the police shut down all northbound lanes of Rancho Drive. Also, they found a red vehicle at the crash scene.

Also, Gordon added that responders transported the pedestrian to a hospital where she succumbed to her injuries.

“The driver of the vehicle remained on scene and impairment is not suspected,” Gordon said.

Furthermore, the Las Vegas police and the Nevada Highway Patrol handles the investigation of the fatal auto-pedestrian crash.

Sweet Lawyers express its sincere sympathies to the bereaved family of the victim of the crash on Rainbow Boulevard. May you find strength during this difficult time.

As a modern law firm with over 40 years of practice, Sweet Lawyers know precisely how to navigate the legal system. Furthermore, we’ve assisted many families in their legal battle. Moreover, if you believe you might have a pedestrian accident case and would like to pursue it with an aggressive, yet compassionate legal professional on your side, call (800) 674 7852. Together, we’ll ensure that your case proves the other party’s negligence, thus, granting you a maximum settlement.