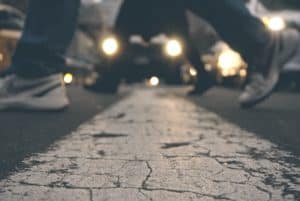 SAN RAFAEL, NV (May 19, 2021) – Tuesday morning, a pedestrian died in a crash on Fourth Street and G Street in San Rafael.

According to reports, the incident occurred at about 8:00 a.m. on Fourth Street and G Street.

When the San Rafael police officers arrived, they found an unresponsive person. Thus, they started life-saving procedures. However, the victim succumbed to injuries at the scene.

Meanwhile, the initial investigation revealed that a white box truck drove north on G Street. At the same time, a pedestrian crossed Fourth Street and G Street in a crosswalk. Then, the truck hit the pedestrian.

At this time, the identity of the deceased remains undisclosed. On the other hand, the driver stayed at the scene. Also, the authorities do not suspect drugs or alcohol as a factor in the crash.

The authorities urged anyone with information about the crash to contact the San Rafael Police Department (415)485-3000. For anonymous tipsters, they may turn to srpd.org/tips.

Roadways continue to clear and taking walks outside rises in popularity. Thus, more pedestrians are becoming vulnerable to accidents.

Pedestrian accidents are incidents in which someone walking or crossing a road is struck.

Furthermore, common locations for these accidents include intersections and street corners.

If you have lost a family member in a San Rafael pedestrian accident, reach out to our team of seasoned and wrongful death lawyers. During this time, there are many questions and legal decisions that need to be made. Furthermore, our litigators at the Sweet Lawyers understand your situation. Indeed, we can help provide you with unmatched legal representation. Furthermore, our goal is to help the families of victims acquire justice and the maximum settlement. For more details, call our hotline today at (800) 674 7852.