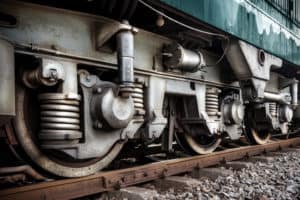 According to reports, a SMART train struck and injured a pedestrian walking his bike on the railroad trucks. The incident canceled one train and delayed the other morning commute.

SMART spokeswoman Julia Gonzalez revealed that the crash occurred at 5:35 a.m. Moreover, the 25-year-old homeless man from Petaluma managed to walk after the crash.

The crash happened near the underpass below Highway 101, north of the Southpoint Boulevard crossing.

“This was quite a distance from a crossing,” Gonzalez stated. “Why this person was on the rail line has not been determined.”

Petaluma police and SMART authorities are handling the investigation.

“The man was walking south along the tracks near a trestle close to the Petaluma outlet mall,” Cox stated.

Then, the train crews turned on its horn as it approached a small curve. However, it couldn’t slow in time to avoid the crash.

The train traveled at around 35 mph during the crash. Moreover, the police revealed that the man didn’t wear headphones.

Furthermore, the incident involved the 5 a.m. train, the first southbound train, with 25 occupants inside.

“The train was delayed for a period,” Gonzalez said. “Those passengers were taken to the Petaluma station, where they were met by the next southbound train and then continued on their journey.”

Due to the incident, the crash canceled the train’s scheduled trip north. After an hour, the trains’ schedule was normalized.

As pedestrians, we are also responsible for the laws. Furthermore, it is important to follow these rules to avoid accidents that can lead to injuries and worst, death.

Filing a Case after a Train Crash

In the case of the train crash on Highway 101, the victim must become aware of their rights under the law. This means that there may be a right to file a lawsuit against the person, or company responsible for the injuries they suffered.

If you or a family member has suffered serious injuries in a similar incident, turn to us. Sweet Lawyers are here for you and unlike insurance companies, they will ensure you acquire the highest settlement needed to cover the costs an accident has caused. Our attorneys will guide you through every step of the way to assure you receive the justice and compensation your family deserves. Allow us to handle the legalities while you focus on recovering. Our firm does not collect any payment until we win big for you, and we also do not require any silly “retainer” fees like other law offices. To schedule a free consultation, call today at (800) 674 7852 and speak to an experienced legal professional.