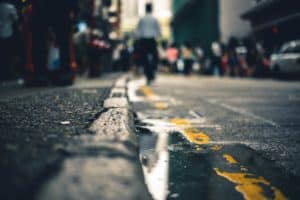 Lancaster, CA (September 04, 2020) – On Thursday, a pedestrian was seriously injured in a car crash while crossing the street outside a crosswalk near 20th Street East.

Furthermore, the Sheriff officials said the victim was pushing a childless stroller with items at the time of the crash.

Additionally, the release states “The pedestrian was transported to the hospital and is in grave condition/death imminent.”

Meanwhile, authorities have not released the name, age, and gender of the pedestrian. Moreover, the offending driver did not leave the scene and was cooperating with the investigators.

Ultimately, the sheriff officials said. “We take this time to remind our residents to please only cross at marked, well-lit crosswalks. Do not ever cross in the middle of the street.”

With the rise of social distancing as a safety measure to slow the spread of COVID-19. More and more people are filling the streets and sidewalks. Ironically, with this, the likelihood of accidents involving pedestrians increases.

Coincidentally, distracted drivers and pedestrians ignoring crosswalk signals can be deadly and dangerous. We’d like to remind people to please only cross at marked, well-lit crosswalks to avoid getting yourself in an accident.

While car accidents are more common than pedestrian accidents, there is reason to be wary when traveling on foot.

Although no amount of compensation can not reverse the damages you suffered, pursuing a legal case in your accident can help your family immensely. Furthermore, we at Sweet Lawyers are here to spearhead case while you focus on recovering. Our lawyers specialize in personal injury cases. By hiring us, you’ll get a high settlement to help you and your family with medical bills, time off work, etc. Moreover, tackling costly expenses that result from an accident is no easy feat, and we’re here to assist in that regard. For a case evaluation, call (800) 674 7854.