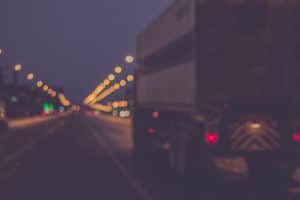 According to a preliminary investigation, a 1998 Saturn sedan driven by 38-year-old Patrick Herbstritt veered into the northbound lanes from the southbound lanes for unknown reasons. The Saturn subsequently struck a guardrail and then collided with a 2011 Freightliner, driven by 29-year-old Francisco Rodriguez.

According to reports, Herbstritt, of Laytonville, died at the scene. Two children inside the Saturn, ages 3 and 5, also suffered major injuries. Paramedics airlifted both juveniles to UC Davis with major injuries.

Rodriguez, his 8-year-old child and his wife Reyna Rodriguez – all from Madera – escaped the accident unharmed.

At this point, California Highway Patrol has no evidence leading them to believe that intoxication played a role. However, an investigation of the 11:51 p.m. crash is underway.

Our hearts break for the family and friends of Patrick Herbstritt. We’d like to wish you our support and thoughts of strength as you grieve.

The Sweet Law Group is run by qualified and trained legal professionals. If you are facing a car accident or disability law matter, contact our attorneys for further guidance. We also specialize in wrongful death and personal injury cases. Whether you have been injured or have suffered a loss in the family due to a negligent driver, call (800) 674 7852 to schedule a free consultation. As your attorney, we promise to fight aggressively to secure your future.