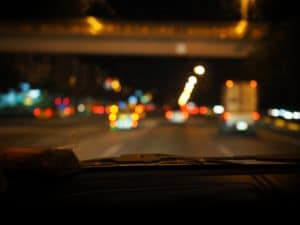 CLE ELUM, WA (January 27, 2018) – A passenger was hospitalized on Saturday evening around 8:20 PM, after three cars collided on Interstate 90, around 21 miles west of Cle Elum.

According to the Washington State Patrol, 45-year-old Lisa Egan was driving a gray 2007 Toyota Tundra that was pulling a U-Haul trailer and traveling eastbound on the 90 freeway.

A tire blew out and caused her to lose control of the vehicle and crash into a black 2014 Subaru Forester, driven my 59-year-old John Moran from Bainbridge Island. The Tundra rolled over on its side, and was then struck by a tan 2006 Toyota Corolla, driven by Thomas Cleveland of Poulsbo, 26.

Patrick Egan, a 50-year-old man sitting passenger in the Toyota Tundra, was injured and taken to the Kittitas Valley Healthcare in Ellensburg. No other injuries were reported by officials.

All three vehicles were blocking all the lanes on interstate 90, and were later towed from the scene of the crash.

Investigation indicates that everyone involved in the accident were wearing seatbelts. No other information has been provided at this time.

Routine car maintenance is crucial to making sure your vehicle is driving correctly and safely. Periodically changing your car’s oil, rotating/ replacing tires, and other precautionary actions should be taken to decrease chances of unnecessary accidents on the road.

When injured in a serious car crash, contact the Washington auto accident attorneys at Sweet Law Group. We have years of experience in the field, and know what it takes to win your car accident case. Call (800) 203-3061 to arrange a free consultation with one of our legal professionals at a location near you. We’re available to our clients through phone call, text message, email, and even chat.