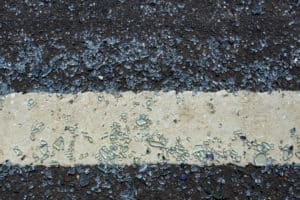 According to reports, the incident happened just before 9:30 p.m. It took place in the 11700 block of Prairie Avenue, south of the 105 Freeway.

Lt. Steve Colquette revealed that a witness called about a woman lying on the ground, not moving.

When the authorities arrived, they located the victim in the far right northbound lane of Prairie Avenue. The officers pronounced her dead at the scene. Later, the coroner identified her as 76-year-old Pastora Ortiz Orantes.

Meanwhile, the driver involved in the crash escaped the crash scene. However, a witness spotted a license plate that could possibly belong to the vehicle. The witness gave the license plate to the police.

At around 11:15 p.m., a man came to the scene and confessed that he was the driver who hit the woman. The officers found his car in a residential area of Torrance.

The authorities impounded the vehicle for evidence. Moreover, they arrested the man on suspicion of hit-and-run driving. They booked him at the Hawthorne Police Department, Colquette added. At this time, his identity wasn’t released by the police.

We at Sweet Lawyers offer our heartfelt condolences to the family and friends of Pastora Orantes. Our thoughts are with them during this difficult time.

To file a wrongful death claim, call Sweet Lawyers at (800) 674 7852. Our mission is to provide you with a strong case to vindicate your loved one. We strive to do right by our clients and help alleviate the toll of unexpected devastation. With us, you can focus on grieving and healing, as we work on your case. If you’re interested and would like to know more about your legal options, call our lawyers. Above all, we believe you deserve the best legal representation and proper compensation for your pain and suffering. Our team is here for you and your family during this difficult time in your lives. You are not alone, let us guide you through this.