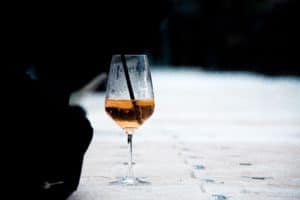 The accident happened at 2:35 a.m., according to the authorities.

He was moving at an unidentified speed when he drifted off the road and crashed into the guardrail, within the “gore point” of the transition road.

Rescuers arrived at the scene and found the white van heavily damaged from colliding into a guardrail.

Paramedics rushed Martinez and his unidentified passenger to Providence Holy Cross Medical Center-Mission Hills. However, the passenger was pronounced dead.

Moreover, authorities said alcohol is a suspected factor in the crash.

Furthermore, the CHP’s Altadena office is asking anyone with details about the crash to call them at 626-296-8100.

We at Sweet Lawyers express our condolences to the family and friends of the deceased. Our thoughts are with you in this time of pain.

What to Do in Case of Wrongful Death

It is crucial that the family of the victim becomes aware that they have the authority to file a wrongful death suit.

A wrongful death suit allows families to hold parties liable for the irrevocable damages they have caused.

In a word, it is a claim brought against a defendant who has caused someone’s death, either through negligence (i.e. drunk driving) or as a result of some intentional action.

Come to Sweet Lawyers. We pride ourselves on attorneys that have more than 40 years of expertise in the legal field. Call us at (800) 674 7852. Also, you may send us an e-mail or a text message. You may also chat with our live agents.