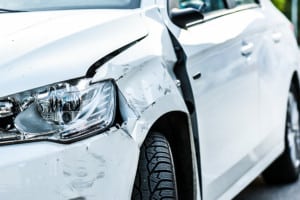 The accident occurred at about 6:30 a.m. near N Street on southbound/westbound Capital City Freeway. The area is near the Highway 50 and Highway 99 connector.

Involved were a truck and sedan as per the authorities. One person had to be extricated from the sedan using the Jaws of Life. After that, medics brought them to the hospital.

Driving can be very dangerous and almost anything can happen if you are not prepared. As a result, it is important to always drive within the posted speed limit and abide by all traffic laws. In addition, slow down if you see traffic stalling ahead to avoid hitting other vehicles.

We separate ourselves from other personal injury firms by providing you with second-to-none legal representation. We are a first-rate option in the community for those seeking a car accident lawyer. If you are facing financial loss, emotional trauma or physical pain, call (800) 674 7852 to discuss your matter with the Sweet Lawyers. Let us discuss your case to determine the next steps in helping you recover. Above all, we pledge to commit our time and effort to you the entire way through.