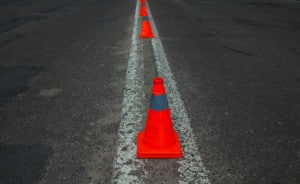 The crash happened around 7:45 a.m., on southbound 710 Freeway at Olympic Boulevard.

According to the CHP, a gray Nissan Versa was traveling south when it crashed into a tree on the right shoulder for unknown reasons. The vehicle then traveled down an embankment and eventually burst into flames as a result.

An off-duty firefighter in the area was able to extinguish the fire. However, the driver was stuck inside the burning vehicle, and was later pronounced dead at the scene.

Furthermore, the name, age and town of residence of the deceased were not immediately available.

The wrecked vehicle was also towed away for evidence due to the extent of damage sustained.

A SigAlert was issued in the area, blocking at least three freeway lanes while the investigation was conducted. However, the roadway has since reopened.

We would like to share our comfort and well-wishes to the family and friends of the victim during this difficult time. At times like this, we hope they find peace and strength.

A loss of a loved one is a terrible and difficult thing to experience. The unexpected costs of hospitalization, funeral expenses, and lost income can be overwhelming. Reach out to our team of seasoned wrongful death lawyers at the Sweet Lawyers. For over 44 years, we have been handling any kinds of delicate cases, helping victims and bereaved families acquire justice and maximum settlement. If you need an effective legal representation, give us a call today at (800) 674 7852.