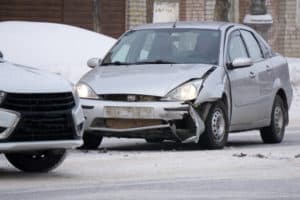 One Injured in Two-Car Crash on Highway 198 at 12th Avenue [HANFORD, CA]

HANFORD, CA (June 23, 2019) – One person was injured following a two-car crash Sunday afternoon in Hanford, according to the California Highway Patrol.

The crash happened around 2:19 p.m., on the westbound lanes of Highway 198. First responders arrived near the 12th Avenue off-ramp shortly after.

CHP officials located a brown Chevrolet Tahoe and a gray BMW sedan upon arrival. Authorities say one of them was attempting to leave the scene at the time.

One of the occupants suffered possible head and back injuries as a result of the impact. An ambulance unit took the injured patient to a nearby hospital for further treatment.

The identity and condition of the victim were not immediately known.

Investigators are still determining whether drugs or alcohol played a role in the crash. We will continue to update this post as new details are released.

It is your responsibility as a driver to be wary of your surroundings. Drive at the speed limit and check your blind spots before changing lanes. If you are following another driver, keep at least a two car distance so that you will have time to stop or react if needed. Following the laws and rules of the road can save your life.

If you have been injured in a car accident caused by negligence or misconduct of another party, we strongly urge you to contact the Sweet Lawyers today. Our job is to support you during this difficult time and help you recover everything you are entitled to including medical bills, lost wages, pain and suffering and other damages. We will fight for your rights and charge you nothing unless we win your case. Give us a call today at (800) 674 7852.