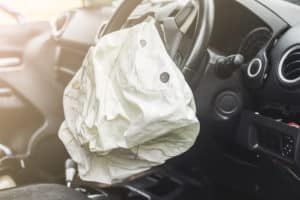 The accident took place just south of where the U.S. 395 and State Route 190 meet in Olancha, Ca. While trying to pass another vehicle, the silver Lexus drove in the northbound lane, crashing head-on into the truck.

Two people inside the sedan were killed instantly, while a child in the backseat was transported to the bakersfield Trauma Center by Mercy Air. The names of the victims have not been released.

The trailer of the truck was turned on its side, and there was major damage to the front end of the tractor. Sustaining minor injuries, the driver was taken to Southern Inyo Hospital.

Authorities are investigating the details of the fatal crash.

We extend our sincere condolences to the family and friends of the victims involved.

Car crashes result in major injuries and wrongful death. The experienced car accident lawyers at Sweet Law Group are here for you and your family, and will fight for the justice and compensation you deserve. We have dealt with the families of car crash victims for years, and know what you are going through. Call us for a free case evaluation today at (800) 203-3061.