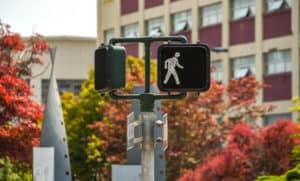 The crash took place around 12:46 a.m. just before San Jose police officers began receiving reports of a woman lying on the road. Upon officers’ arrival, they determined that the woman’s injuries were consistent with that of being struck by a car.

Nicole Stanton, who was identified as the victim, was rushed to a hospital where she died. The 29-year-old woman’s death marks the city’s 50th traffic-related fatality of 2018.

Police officers believe the woman was hit in the northbound lane by the unidentified vehicle. Investigation of this accident is underway and anyone with information is encouraged to contact the authorities.

With deepest sympathies, our hearts go out to the family and friends of Nicole Stanton who’ve been deeply affected by this incident.

Any surviving spouses, domestic partners or children of the deceased has the right to file a wrongful death claim on behalf of their loved one. When seeking a trusted attorney, to help win you a full compensation to help with funeral costs the trauma and medical expenses, turn to us. At the Sweet Law Group, we will fight aggressively for your future. We offer distinguished legal representation and guidance to victims of negligence and misconduct. With a wrongful death case, you have a likelier chance of acquiring justice and compensation that will satisfy your needs. Call (800) 203-3061 for additional information.