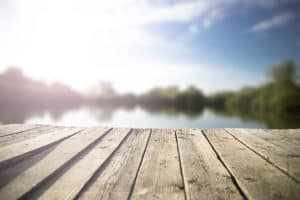 ANACORTES, WA (January 25, 2017) – A Jeep Cherokee drove off the Anacortes state Ferry Dock on Thursday morning around 9:45 AM, killing a 30-year-old woman.

The victim was identified as Nicole K. Barney from Everett. According to Washington State Patrol reports, Barney arrived at the dock and paid for a ticket at 7:51 AM, and waited in the staging area. She then did a U-turn and drove back towards the ticket station, before driving through a barrier at the end of the dock and plunging into the water.

Trooper Actman said that the woman was traveling at high speeds and broke through a wooden crossing arms on the western slip of the dock, before entering Puget Sound. Authorities, rescuers, and a dive team arrived at the scene of the crash. The car was recovered from the 40 foot, 48 degree water around 2 PM. The female victim was buckled inside of the vehicle.

Ferry service to the San Juan Islands was suspended for several hours while the search-and-rescue mission took place. It resumed around 2:20 PM.

The crash is still under investigation by officials. It is unclear whether or not the accident was intentional or a medical emergency.

Heartfelt condolences to the family and friends of Nicole K. Barney.

When injured in an accident, it is important to have strong legal representation on your side to fight for your rights. Contact the personal injury lawyers at Sweet Law Group. We will fight for you, day and night, to achieve the best result for you and your family. Call us now at (800) 203-3061 for a free consultation with one of our experienced legal professionals in a convenient location near you.