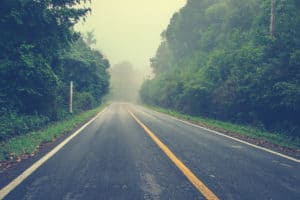 The fatal victims have been identified by the Marin County coroner’s office as Nickolas Joseph Nunes, 32, and Joseph Alfred Corda, 42.

According to the county sheriff’s office, Corda and Nunes died when their pickup truck left the two-lane road and struck a tree around 9 p.m.

The deadly crash that happened in the 4000 block of Novato Road also killed a dog sitting in the bed of the truck.

Following the accident, paramedics extricated both men and pronounced them dead at the scene. Authorities learned that Nunes was restrained in the front passenger seat. However, Corda failed to wear his seatbelt as the driver.

According to a preliminary investigation, evidence at the scene the suggest speed and alcohol as factors in the collision.

In light of this terrible news, our attorneys would like to send our sympathies to the families and friends of Nickolas Joseph Nunes and Joseph Alfred Corda.

The experienced lawyers at the Sweet Law Group are available to address your questions concerning your wrongful death case. We have four decades of practice under our belt and are eager to help you. If you are mourning the loss of a loved one, rest assured and seek trusted legal guidance with us. We will prosecute the at-fault party and grant you full compensation. If interested, let’s discuss your case in detail with a free consultation. Call (800) 674 7852.