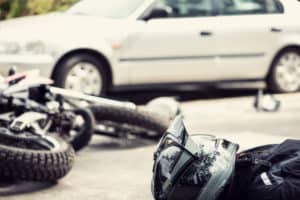 Authorities say 60-year-old Keith Kawazoe was riding his bicycle north when he struck tree debris that had fallen. As a result, he then fell into the northbound lane.

Meanwhile, Karlsen one of the riders from a group of five motorcyclists, struck Kawazoe. Karlsen lost control of his motorcycle and went directly into oncoming traffic. There, 18-year-old Brynna Childress struck Karlsen in a southbound pickup truck.

A LifeFlight helicopter ambulance transported Karlsen to a hospital for further treatment of life-threatening injuries. However, he was later pronounced dead due to the extent of his condition.

Meanwhile, Kawazoe and Childress were both transported to area hospitals with unknown injuries.

No further information has been released to the public at this time.

We are sending our condolences and heartfelt sympathies to the loved ones of Neal Karlsen during this difficult time.

If you or a loved one sustained injuries in a motorcycle accident, contact the reliable lawyers at Sweet Lawyers. We have over 40 years of experience in the field and we know what it takes to win your case. We will help you achieve the justice and compensation that you deserve. Call us at (800) 674 7852 for a free case evaluation by a legal professional in your area. You can also reach us 24 hours a day and 7 days a week by online chat, text message, and email.