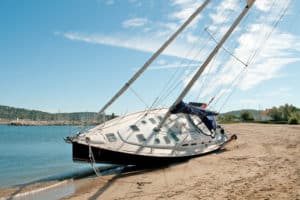 Neal Baltz and his girlfiriend Patricia Beitzinger, both lived in the Ahwatukee Foothills in southern Phoenix, were on vacation when the boat caught fire.

The boat fire occurred during a Labor Day weekend scuba excursion in open water near Santa Cruz Island. Thirty-nine people were aboard the boat, Conception, at the time of the fire.

Baltz, an engineer, studied winemaking and was supposed to be back at class on Tuesday night to present about wines he had recently discovered in Washington state.

After years of experimenting at home, fermenting grapes in his bathtub, he enrolled in an enology program at a community college in northern Arizona’s Verde Valley wine region.

Five crew members, including the captain, were awake and managed to jump from the ship and seek refuge on a nearby boat called the Grape Escape, which they traveled to via dinghy.

Authorities are continuing to search for the remaining victim and investigate what exactly caused the fire.

National Transportation Safety Board member Jennifer Homendy said that the surviving crew members were interviewed about what happened; however, details about those discussions were not made available.

She also said toxicology tests would be conducted on surviving crew members and those who had died.

Four of the five surviving crew members were tested for alcohol, which returned negative, Homendy added. The fifth crew member could not be evaluated because they were being taken to the hospital at the time, she explained.

All five have been tested for drugs, the results of which are pending, according to Homendy.

We wish to offer our condolences to the bereaved loved ones and friends of Neal Baltz and Patricia Beitzinger.

Do not settle with the terrible circumstances that have fallen upon your family. Hire an experienced attorney at the Sweet Lawyers to receive legal guidance during this time of need. Our lawyers have successfully litigated thousands of lawsuits including wrongful death. Our commitment to our clients and our passionate work has established us as one of the top law firms in California. We will aim to acquire justice for your hardship and also seek financial compensation to offset the costs of medical treatment, legal costs, and funeral expenses. To schedule your free consultation, please dial (800) 674 7852.