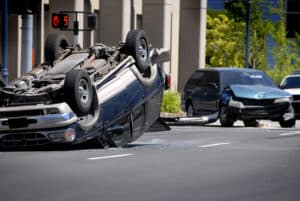 One Killed and One Injured in Rollover Collision near Sunset Avenue

According to the California Highway Patrol, the collision occurred at approximately 11:00 PM, near the Sunset Avenue exit. The report showed that Hussain was driving a 2007 Honda Civic at an unknown speed when the car veered left and crashed into the concrete center divider.

The force of the crash caused the Honda to overturn onto its roof and Hussain to be ejected onto the road. Emergency responders arrived at the crash site and pronounced him dead at the scene. About a minute later, a woman driving a 2015 Nissan Sentra in the No. 1 lane collided with the overturned Honda. She suffered minor injuries, but it is unclear if she was hospitalized. Her name and place of residence were not immediately released.

Sweet Law offers our heartfelt condolences to the family and friends of Naushad Hussain. Our thoughts and prayers are with them during this difficult time. May he rest in peace.

When involved in a serious car accident, it is important to have strong legal representation on your side. With over 40 years of experience in the legal field, the attorneys at Sweet Law Group know what it takes to win your wrongful death, personal injury, or disability case. Call us at (800) 203-3061 to arrange a free, no-obligation consultation with an experienced legal professional in your area. For your convenience, we are also available through email, text message, and online chat 24 hours a day/ 7 days a week.