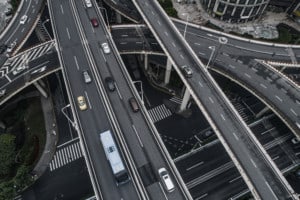 Nathan R. Anaya was driving a 1990 Lexus LS400 when he reportedly careened off the roadway and crashed into a 2009 Freightliner big rig that was parked on the right shoulder.

Anaya’s 35-year-old passenger was pronounced dead at the scene at 12:31 a.m. The name will be released once next of kin have been notified.

The trucker was not harmed, but 26-year-old Anaya of Upland was brought to Pomona Valley Hospital. Due to the crash, he suffered cuts to his face.

Soon after, Anaya was placed under arrest. Alcohol has been confirmed as a factor in this deadly crash.

The Sweet Law Group has recovered hundreds of millions of dollars for clients and their families. Our team comprises a dedicated and qualified crew of experts who have been exhaustively trained in car accidents, personal injury and wrongful death. We strive to be ahead of the pack by delivering personalized care and aggressive representation. Your case deserves the attention of an experienced attorney who will fight feverishly for your future. To schedule a free no-obligation consultation, call (800) 203-3061.