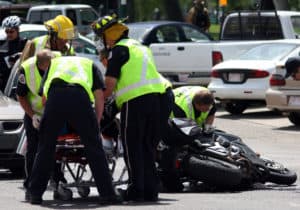 According to reports, California Highway Patrol responded to the accident around 7:15 a.m. Dispatchers arrived to the area shortly after.

Reports noted that the 66-year-old Dodge driver was stopped at the stop sign on Avenue 309. Meanwhile, the eastbound motorcyclist subsequently struck the Dodge as the driver pulled out in front of him, violating his right of way.

Despite attempts of avoiding the collision, the 21-year-old man collided with the truck and was consequently thrown from his bike as a result.

Shortly after, paramedics brought him to a nearby hospital. He eventually succumbed to his injuries inside the ambulance and was pronounced dead on the way to the hospital.

Furthermore, CHP later determined that the helmeted motorcyclist was not licensed to operate a motorcycle at the time. In addition, drugs and alcohol have also been ruled out as possible factors.

We’d like to take this time to send our heartfelt sympathies to the family and friends of the victim.

The Sweet Lawyers have been a trusted legal source for families seeking justice and compensation. If you have a case you’d like to file, contact us at (800) 674 7852. We are trained in many areas of the law and are experienced in cases like yours. Decide on an attorney who holds over 40 years of experience and who’ll leave no stone unturned in winning your case.