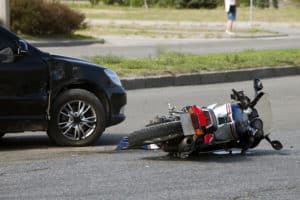 FRESNO, CA (August 11, 2019) – A motorcyclist was killed after a crash Sunday afternoon along Highway 41 in Fresno County, according to California Highway Patrol.

The crash happened around 2:37 p.m. near Harlan Avenue.

Authorities said a gray Ranger Rover in the southbound lane was passing cars on the two-lane highway when it crashed head-on with the motorcyclist who was in the northbound lane.

The SUV pulled out to pass a bigger car and sped up. The rider was unable to avoid the crash, according to police.

Arriving units pronounced the rider dead at the scene. Authorities described him as man in his 50s. His name has not yet been released.

Meanwhile, paramedics transported the Range Rover driver to a hospital after complaining of pain.

At this time, police do not believe drugs or alcohol were a factor in the crash. Further investigation is underway.

If you have lost a loved one in a motorcycle accident caused by a reckless driver, seek trustworthy legal guidance with an experienced wrongful death attorney. The Sweet Lawyers have been representing bereaved families for over 44 years. Our team has provided victims with excellent legal representation, making sure they receive both justice and compensation. For more details, please contact our hotline at (800) 674 7852 and discuss your case free of charge.