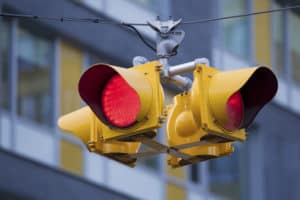 According to reports, the incident occurred just after midnight. A local media company riding a Crown Victoria came to a shooting scene.

Upon their arrival, the Crown Victoria collided with a motorcyclist. The impact ejected the rider off his bike.

As a result, the crash snapped the man’s leg in half.

Thus, a deputy immediately put a tourniquet on his exposed leg.

Meanwhile, the authorities confirmed that the motorcyclist was drunk at the time of the crash.

The aftermath of motorcycle accidents can make everything difficult for those impacted.

Indeed, having legal representation after a crash will give you room to heal. At the same time, ensuring that your recovery is secured.

“Our goal is to safeguard the legal rights of our clients. Insurance companies only protect their interests, so we protect those of our clients. Our firm works hard to ensure you are offered the highest restitution possible,” says Mark Sweet of Sweet Lawyers.

We are advocates of victims who are severely impacted by motorcycle accidents. Furthermore, our law group prides itself on compassionate representation. So, if you are facing a personal injury case, call (800) 674 7852. Indeed, we encourage you to rest and heal, while we obtain a satisfying settlement for you. Therefore, if you’re interested, call us today while there’s still time.