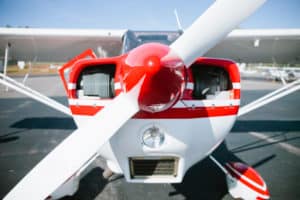 According to the Clark County Sheriff’s Office, a pilot flying near La Center reported a crashed aircraft around 4:11 p.m.

It appears a Vans RV-6 – a small aircraft constructed from a kit – crashed into a marshy field under unknown circumstances.

Following the report, Sheriff’s deputies and firefighters responded and found the single-engine propeller plane in the shallow pond.

However, the details of this crash remain limited. The National Transportation Safety Board is heading up an investigation to determine what caused the crash.

The Sweet Law Group would like to send our heartfelt sympathies to the friends and families of Milo L. Kays and Dennis R. Kozacek.

The Sweet Law Group lawyers know you’re undertaking an arduous recovery process. Rest assured, for our attorneys are here to handle your wrongful death case for you. If you’re interested in filing a claim, call (800) 674 7852. We’ve settled numerous cases involving personal injury, wrongful death, car accidents and disability law in the last 44 years we’ve been running our firm. Allow us to drive your case as you focus on your well-being.