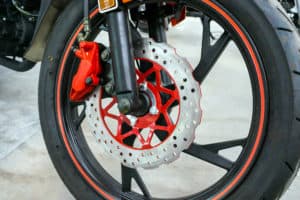 The crash happened just after 2:00 a.m. on the ramp from southbound 15 Freeway to westbound 91 Freeway.

According to an initial report, police found the man unconscious with his motorcycle crashed in the road. A passerby performed CPR on the rider until paramedics arrived.

Despite life-saving efforts, paramedics pronounced the victim dead at the scene. Authorities later identified by the Riverside County Coroner’s Bureau as a 40-year-old Miguel Munoz of Winchester.

The shoulder of the connector road was blocked after the crash, according to Caltrans, but later re-opened.

Alcohol was believed to be a factor in the crash, which remains under investigation.

We hope the family and friends of Miguel Munoz are surrounded by steadfast and comforting support as they grieve for the loss of their loved one.

If you have lost a loved one in an accident and you need a lawyer to represent you, contact our legal team for immediate help. While no amount of compensation can bring back a loved one to life, the party at fault can be held liable for the loss. An experienced wrongful death attorney at the Sweet Lawyers can fight the legal battle for you. We do not down our tools until you get what you rightfully deserve. Call our office today at (800) 674 7852 to discuss your case with us free of charge.