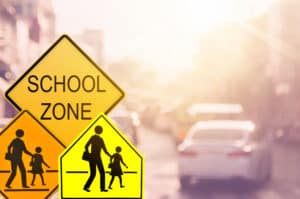 OAKLAND, CA (May 20, 2020) – On Wednesday, police confirmed they arrested Henry Melendez, who back in January killed Miesha Singleton, mother of 7, in a hit-and-run crash in Oakland.

The fatal crash happened around 3:15 p.m. in the 1800 block of 98th Avenue near Cherry Street, just in front of Elmhurst United Middle School.

According to reports, the Ms. Singleton was crossing the street to pick up her child from school when a white Nissan Maxima going about 45 mph struck her. The driver did not stop to render aid.

The woman suffered fatal injuries and died at the scene. The Alameda County Coroner identified her Miesha Ellese Singleton, 40, of San Leandro.

Via a Twitter update, the Oakland Police Department announced Melendez would be extradited back to Oakland to face charges.

No words can mend the broken hearts and sorrow felt during this delicate moment. We send our deepest condolences to the bereaved loved ones and friends of Miesha Singleton.