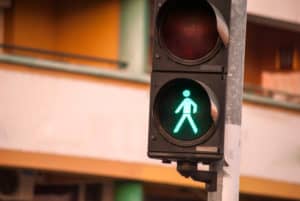 Loretta Cool, a spokesperson with Tacoma Police, revealed that they are searching for the drivers of a white sedan and white SUV. They suspect that they are responsible for the death of a 68-year-old man.

According to some witnesses, the first car struck Demorest while he walked across Hosmer Road near 90th Avenue.

“I heard a loud noise first. And I just look over and I see somebody’s feet up, almost in the trees right here. And I see him come down head first,” Delphi Durant said.

According to officials, the first vehicle was a white sedan. After a short while, a second car, a white SUV, struck Michael Demorest.

The two vehicles both fled the scene.

Despite paramedics’ efforts to revive the pedestrian, Demorest died at the scene.

We at Sweet Lawyers offer our heartfelt condolences to the family and friends of Michael Demorest.

If you are looking for reliable pedestrian car accident attorneys, reach out to Sweet Law Group. We have over 40 years of experience in the legal field, and we know what it to win your case. Our attorneys and professional legal team have dealt with cases including car accidents, wrongful death, personal injury, and disability. We will fight to help you achieve the justice and compensation that your family deserves. Call now for a free consultation at(800) 674 7852 to speak to an experienced legal professional in your area. You can also reach us 24 hours a day and 7 days a week by email, online chat, and text message.