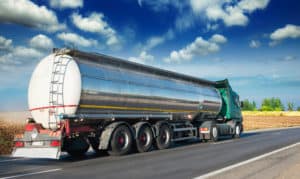 Officer first received reports around 5:40 a.m., on April 5. Dispatchers arrived to the area shortly after.

Arellanes was operating a white Acura sedan when he reportedly stopped in the middle of the roadway for unknown reasons. Consequently, a passing fuel tanker truck eventually rear-ended him.

There were two additional passengers inside the sedan at the time. However, they have not been identified.

Arellanes was later pronounced dead on scene, due to the extent of his injuries.

Meanwhile, the other passengers sustained minor to moderate injuries. Both were later transported to to a nearby hospital for further treatment.

No further information has been released. Once available, more details will be given.

The surrounding area was closed off for a brief time during cleanup and preliminary duties. However, the roadway has since reopened to traffic.

At this time, the investigation remains ongoing.

Our sincere condolences are with the loved ones of Michael Arellanes during this time.

If you or a loved one has been involved in a similar auto accident, don’t hesitate to reach out to Sweet Lawyers. Our team is committed to helping our clients every step of the way. With our over 40 years of legal experience, we know how to win your case. For a free consultation, call us at (800) 203-3061. Talk to our experts so we can assess the nature of your case. In addition, our email, online chat, and text message services have made available to you 24 hours a day and 7 days a week.