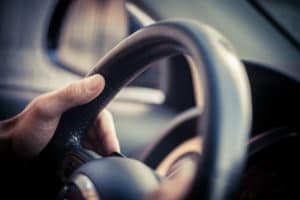 SAN JUAN CAPISTRANO, CA (July 17, 2018) – On Tuesday morning, a woman of Tustin died and a man of Winchester was seriously injured in a two-vehicle crash on Ortega Highway.

Authorities were alerted about the crash shortly before 5:30 AM, just east of the Ortega Flats Campground and about 10 miles from Mission Viejo.

According to California Highway Patrol, 43-year-old Maureen Mendoza was driving a 2016 BMW east when, for unknown reasons, she went into the opposite lane. The BMW struck a 2015 Chevrolet truck, driven by a 27-year-old man of Winchester. The truck was traveling at a speed of about 60 mph at the time of the collision.

Emergency responders with the Orange County Fire Authority Mendoza pronounced Mendoza dead at the scene. The Winchester man sustained major injuries and was transported to a local hospital. His identity and current condition were not immediately released.

The incident closed the eastbound side of Ortega Highway for several hours after the crash, as officials conducted their investigation. Alcohol and drugs did not appear to be a factor in the crash, and the CHP’s San Juan Capistrano office is still investigating the fatal incident at this time.

Deepest sympathies to the family and loved ones of Maureen Mendoza. May she rest in peace.

When involved in a serious car accident, contact the attorneys at Sweet Law Group. Our firm has over 40 years of experience in the field, and we know what it takes to win your case and achieve the justice and compensation that you deserve. We have dealt with a variety of cases including personal injury, auto accidents, wrongful death, and disability. Call (800) 203-3061 to arrange a free initial meeting with an experienced legal professional in your area. You can also reach us by email, online chat, and text message.