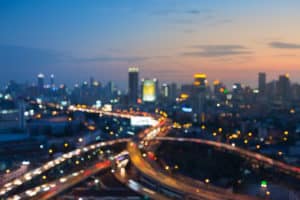 GIG HARBOR, WA (June 9, 2018) – A 20-year-old man was killed and a 63-year-old man was injured in a two-vehicle car crash on Saturday morning. The victim was identified as Matthew Estelle of Zachary, LA.

The incident occurred just after 4:00 AM when Estelle was driving his 2017 Ford Mustang, westbound on Highway 16. He struck a 2016 Nissan Altima in the first lane, driven by 63-year-old Arthur Harvey of Tacoma, just west of Burnham Drive.

Estelle’s car then left the roadway and crashed into nearby trees, while Harvey’s vehicle came to a stop on the right shoulder. Estelle sustained critical injuries and was pronounced dead on the scene by emergency responders. Harvey was rushed to the Sy Anthony Hospital in Gig Harbor. The extent of his injuries was not immediately known.

The roadway was partially blocked for several hours after the collision, as authorities investigated the scene. State Patrol announced that the cause of the incident was speed. No additional information was immediately available.

We at Sweet Law Group offer our deepest sympathies to the family and friends of Matthew Estelle. He was serving his second year in the United States Marine Corps. He was a 2015 graduate of Zachary High School and leaves behind his parents and three sisters. May he rest in peace.

When involved in a serious auto accident, it is important to have strong legal representation on your side. With over 40 years of experience in the legal field, we know what it takes to win your case and achieve the justice and compensation that you and your family deserve. We have dealt with a variety of cases including wrongful death, car crashes, personal injury, and disability. Call (800) 203-3061 to arrange a free initial meeting with an experienced legal professional in your area. We can also be contacted 24 hours a day/ 7 days a week by email, online chat, and text message.