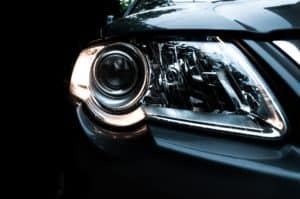 Matthew Adams and Christian Zurita Killed in Wrong-Way Crash on I-5 [Carlsbad, CA]

CARLSBAD, CA (January 15, 2020) – Shortly after midnight on Tuesday, 19-year-old Matthew Adams and 42-year-old Christian Zurita were killed in a wrong-way crash on I-5, near the Las Flores Drive exit.

According to reports, Zurita was driving a black truck when he attempted to evade Oceanside Police over a traffic infraction. During the pursuit, he entered the northbound lanes of I-5 in the wrong direction.

Both parties were pronounced dead on scene shortly after midnight.

Furthermore, an unidentified 35-year-old male passenger from San Diego inside the truck was transported to Scripps La Jolla Medical Center. He was reportedly suffering from minor injuries, however there has been no update on his current condition.

Both vehicles involved were totaled upon officers arrival. Police also say the black truck was found balancing on the center median.

CHP investigated the surrounding area for hours to determine further details. It is currently unclear whether or not drugs and alcohol were involved.

Matthew Ryans was an active duty US Marine stationed at Camp Pendleton. Our thoughts and condolences are with his family and loved ones during this tragic time.

Hiring a personal injury lawyer to handle your wrongful death case is a sensible move. At the Sweet Law Group, we work our fingers to the bone to win each case. With our 98-percent case success rate and over four decades of knowledge and practice, we assure that you are partnering with an established and successful firm. Our goal is to exceed your expectations and secure your future from further losses. Schedule your free consultation with our case evaluators and call (800) 674 7852.