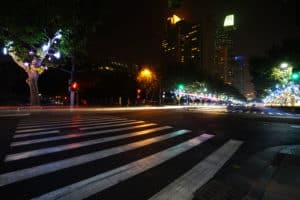 The accident occurred at around 4:00 a.m. on the Pacheco Boulevard section of Highway 152 near 11th St.

According to the police, a Nissan Pathfinder with four occupants made a left turn and then a Dodge Charger going over 100 miles per hour broadsided the Pathfinder.

The force of crash caused the SUV to rip in half, killing a passenger and causing major injuries to the other three people.

Vidales died at the scene. Emergency responders then rushed the driver and the two other passengers in the Pathfinder to Modesto-area hospitals.

The suspected driver of the Charger fled the scene with a passenger pinned inside the vehicle. Officers later identified him as 21-year-old Ivan Andrade of Los Banos.

Detectives tracked Andrade to his home where they arrested him. They charged him with vehicular manslaughter with gross negligence and hit-and-run involving injury or death.

Authorities believed alcohol is a factor in the collision and additional charges are expected.

Our hearts break for the family and friends of Marylne Vidales. We hope you find comfort and strength around you and our law offices send our sympathies.

The attorneys at the Sweet Law Group are trained to undertake even the most seemingly and possible lawsuits. We pledge to remain in concert with your needs during this difficult time. Over the years, we have crafted and cultivated our positive reputation by delivering personalized attention and aggressive representation. With our 44 years of experience and excellent resources, we are sure to win your case. Our lawyers are the heart and soul of our firm and will fight tirelessly for your future. Get compensation and justice, by calling (800) 674 7852 to hear from us.