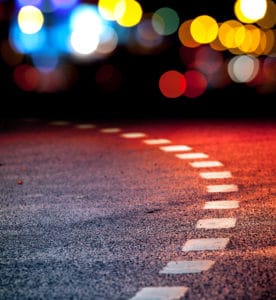 PALM SPRINGS, CA (March 14, 2018) – On Thursday, authorities released the identity of the woman who died in a hit-and-run pedestrian collision last March 14. The victim was identified as 64-year-old Marlene Mori, a resident of Fallon, Nevada.

According to previous police statements, the deadly collision happened around 9:45 PM, while Mori was crossing northbound in an unmarked crosswalk on Ramon Road near Camino Real. It was also noted that the area did not have traffic signals around.

At the same time, Jesus Manuel Montano was driving westbound on Ramon Road. The 63-year-old driver of a Teal 1996 Nissan 200SX, struck Mori and fled the scene.

Paramedics arrived at the scene and rushed Mori to the Desert Regional Medical Center. She later succumbed to her injuries and was pronounced dead about an hour after the collision. It did not take long for Montano to turn himself into the Palm Springs Police Department. He also led the investigators to the location of the involved vehicle, which was found parked in Cathedral City. It was later impounded to be used as an evidence for the case.

The following day, Montana was released from Larry D Smith Correctional Facility in Banning after posting bail for $75,000. He was initially charged with felony for causing death in a hit-and-run collision. In addition, he made his initial court appearance on April 27, 2018.

Sweet Law offers our heartfelt condolences to the family and friends of Marlene Mori. May she rest in peace.

If you have lost a loved one in tragic hit-and-run pedestrian collision, reach out to the experienced wrongful death lawyers at Sweet Law Group. We have over 40 years of experience in the legal field, and we will fight to achieve the justice and compensation that you and your family deserve. Our attorneys and experienced professional legal team have dealt with cases including car accidents, wrongful death, personal injury, and disability. Call our offices at (800) 203-3061 for a free consultation with a professional in your area. We can also be contacted 24 hours a day/ 7 days a week by email, online chat, and text message.